Blood in the stool can be from various causes. It is important to identify the color of the blood. Bright red blood in the feces is hematochezia. This is an indication of bleeding in the lower intestines. If the blood color is dark, or the feces is black, this is melena and is an indication of problems in the upper digestion system and is potentially much more serious. 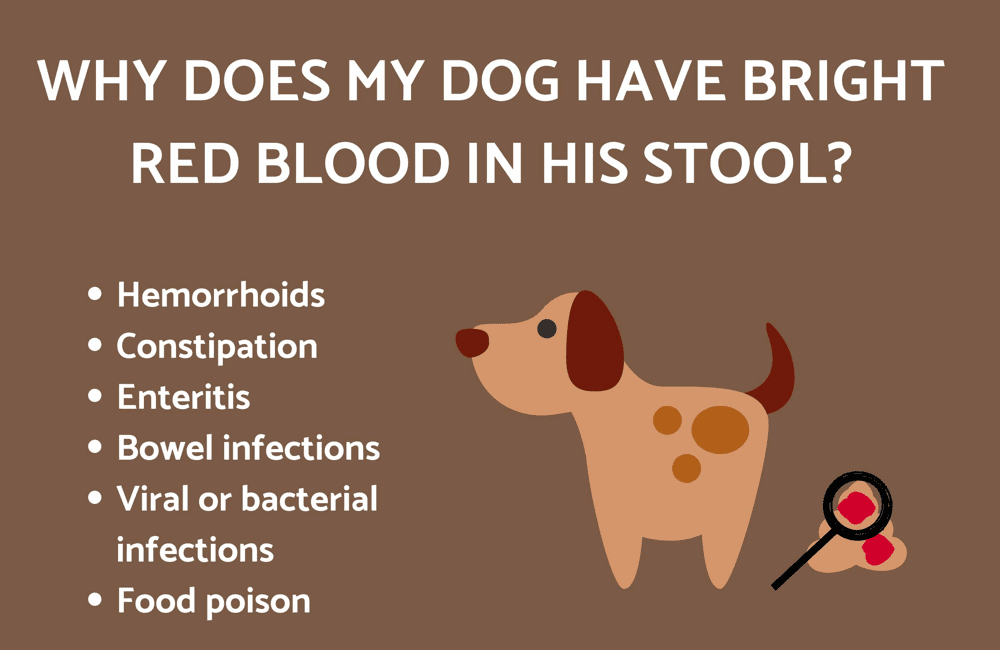 What to Watch For

If your dachshund has symptoms of hematochezia the following diagnostic tests may be required by a vet: rectal examination, complete blood count (CBC— requires a blood withdrawal), completion of a biochemical profile, urinalysis, examination of fecal matter, coagulation profile, abdominal X-rays (radiographs), abdominal ultrasound, or a colonoscopy.

Melena usually indicates the presence of significant upper gastrointestinal problems, although occasionally other diseases (such as clotting disorders, ingestion of blood, etc.) unrelated to the gastrointestinal tract may present with melena.

Melena is usually the result of bleeding in the upper gastrointestinal tract (esophagus, stomach, or small intestine). As the blood moves through the gastrointestinal tract, it is digested by normal digestive juices. The digested blood appears black or tarries in the bowel movements. Melena also can be caused by digestion of blood from other sources such as swallowing blood from the mouth or blood coughed up from the lungs and licking blood from a wound.

The classic appearance of melena is black, shiny, sticky, foul-smelling feces with a tarry consistency. Melena may be seen as the only clinical sign, although other systemic signs often accompany it.

A careful history and thorough physical examination of dachshunds exhibiting this disease are essential. The presence of melena generally warrants hospitalization, extensive diagnostic testing, and supportive care. It is best to determine the underlying cause and treat the specific problem.

The causes of the bleeding that leads to melena may include:

Antifreeze Poisoning in Dogs: Symptoms and Treatment
Next Post: Dachshund Pregnancy and Whelping – Complete Guide From Inception to Whelping