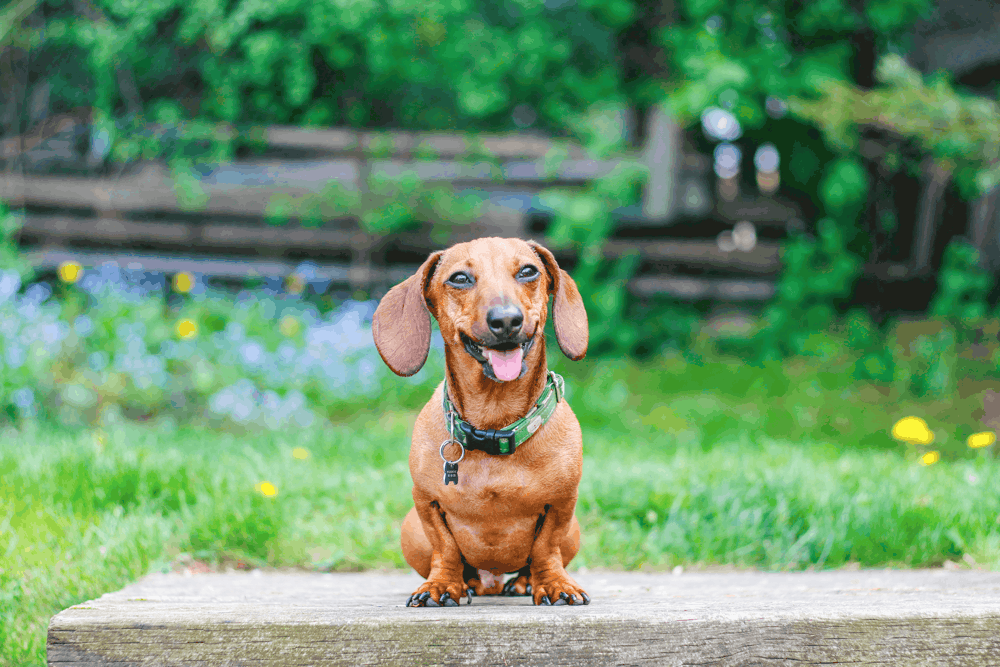 Dachshunds are notoriously hard to housebreak. In fact, some have argued they in the top 20 of hard-to-housebreak dogs. Consistent crate training is mandatory. Sometimes a doggy door is necessary. And some owners never do get their Dachshunds fully housebroken.

If you happen to acquire a dog that is not house trained such as a puppy or a adopt an adult dog that for whatever reason, is no longer house trained, you will have to plan on the first 2 – 3 weeks of constant vigilance and taking extra precautions to make the house training successful.

House training is getting your dog to relieve himself outside or in a prepared place indoors. There are two common methods used to accomplish this goal: The Direct Method and the Paper Method.

Use the Direct Method to train your dog to relieve himself outdoors which is appropriate for dogs that have fenced yards or if you want to walk him on his leash to go. The Paper Method is used predominately for indoor dogs that don’t have easy access to the outdoors.

Whichever method you decide upon, you’ll need to watch for obvious signs that signal a dog needs to relieve himself. If your dog suddenly lowers its head and starts sniffing around, you need to act immediately. If your dog is in the room with you and then suddenly leaves the room, they probably are looking for a place to go. Again, you need to act immediately. What you do depends on which training method you’re going to use.

The objective of the Direct Method is to get the puppy to associate relieving himself outside with your praise. The following techniques will help you to teach your dog this method:

For the Direct Method to work quickly it’s important not to let your puppy urinate or defecate inside at all. A dog associates relieving themselves in places where they have gone before. They know these areas by smell. If your dog has indoor accidents, clean them up thoroughly with special dog-odor neutralizers to spray on the soiled areas to remove all traces of the odors.

If your situation is such that going outdoors is not practical, then the Paper Method of house training will be required. For this method to work correctly, you’ll need to set aside a specific room for two to four weeks until you get the results you’re after. The room should be small, and preferably one without carpet (carpet is harder to clean).

During the initial training, it’s critical that you not let your dog relieve itself in the wrong place. The more times he’s allowed to go in the wrong place, the more he thinks it’s ok to go wherever he wants. Good observation on your part is essential to preventing accidents. Watch for the obvious signals.

To help keep track of your dog you can loosely tie your dog’s leash to yourself or something else close by to help with supervision process. This way your dog can’t wander off without you knowing it. Never leave your dog tethered when you’re not supervising him as he could easily choke on a tangled leash.

Regulate your dog’s water and food intake during the day. You can then watch your dog closely for that critical hour after feeding to can catch him in the act. Most dogs will want to relieve themselves 15-20 minutes after eating. They’re also more likely to go when they wake up in the morning, just before bed time and after playing or going for a car ride.

For water, give your dog fresh water in the morning so they’ll have water immediately after eating. Then take up the water dish so they don’t have access to it throughout the day. When feeding, leave the food out for no longer than 20 minutes and, if it is not eaten remove it. The idea is to train the dog to eat and drink at one sitting. This will give you a better idea of when they are likely to go.

If you have to leave your dog inside alone make sure he stays in a defined space. Don’t give your dog a full run of the house during this training period. Running free is an open invitation for mistakes. Confine him to one room, preferably the one that has his crate or kennel and one that doesn’t have carpeting.

Stay with him when he goes outside

Go outside with your dog to do his business. Some dogs may feel anxious about being left alone outside and won’t be able to go until they come back indoors where they feel safe under your protection. Being outdoors with them also gives you the opportunity to serve up some well-deserved praise when they do go successfully.

Whenever your dog is in the right location and you see your dog’s about to relieve himself, use a command such as “good potty” or whatever you feel comfortable saying out loud, so your dog forms an association between this command and his actions. Soon you’ll be able to give the command and he will know that it’s time to take care of business.

Persistence is the key

To fully grasp what is not allowed will take quite a period of time for your dog to grasp. Your dog may still be leaving the occasional “present” for you when he is six to twelve months old. Hence you must be realistic about your dog’s progress, meaning you must be patient and alert for opportunities to teach good behavior.

Correcting bad behavior is best done when you can catch your dog in the act—not even 5 seconds later. The best way that I have found to correct this behavior when caught in the act, is to startle him by sharply saying “no!” If you have a squirt bottle at hand, squirt a stream of water at the same time you give the command. After this corrective action is administered, wait 5 minutes then redirect him to the area where you want him to go. The corrective action usually interrupts the elimination process and your dog will still have to go. When he does go reward him with praise.

Never rub a dog’s nose in its mess. This does not help correct the situation. Rubbing the nose in the mess only makes your dog fearful of you. It may stop him from going in your presence, but it won’t stop him from going in the wrong place. I know sometimes in difficult situations you can’t hold back your rage, but you have to.

Unless you correct bad behavior within a few seconds of it occurring it is pointless to take any corrective punishment. Your dog won’t even know why you’re rubbing his nose in it.

Next Post: Short Haired Dachshund: All You Need to Know About The Original Wiener Dog