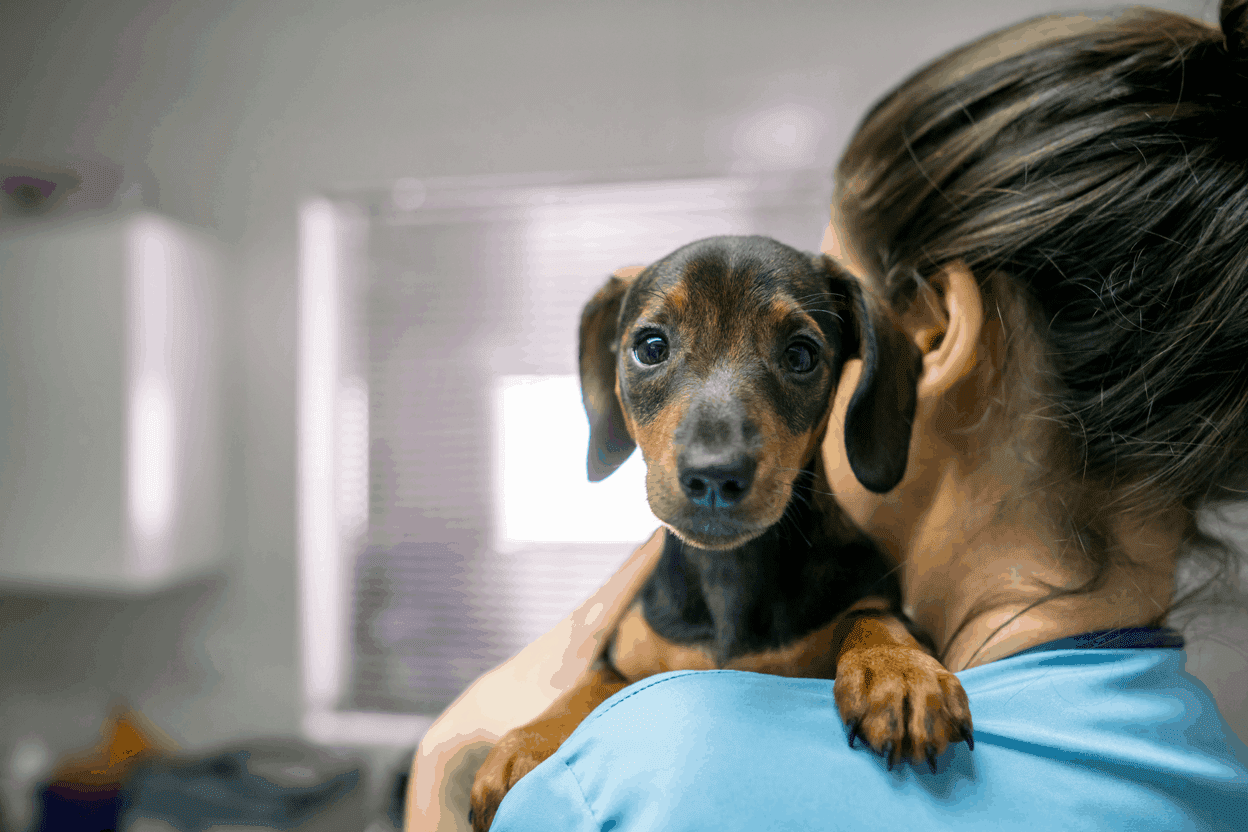 Heartworm disease is a serious and potentially fatal condition caused by parasitic worms living in the arteries of the lungs and in the right side of the heart of dogs, cats, and other mammals, including wolves, foxes, ferrets, sea lions, and (in rare instances) humans.

Heartworms are classified as nematodes (roundworms) and are but one of many species of roundworms. The specific roundworm causing heartworm in dogs and cats is known as Dirofilaria immitis.

Adult female heartworms, that may grow to be 14″ long, living within the infected animal’s body release their young, called microfilariae (pronounced: micro fil ar ee), into their host’s bloodstream. The mosquitoes become infected with these microscopic worms after biting into an infected adult animal for a blood meal. During the next 10 to 14 days, the microfilariae mature to the infective larval stage within the mosquito. When the mosquito bites another host (dog, cat, or other susceptible animals), the infective larvae enter a new host through the bite wound. It then takes a little over 6 months for the infective larvae to mature into adult worms that may live for five to seven years (in a dog). The microfilaria cannot mature into adult heartworms without first passing through a mosquito.

The onset and severity of the disease in the dog are mainly a reflection of the number of adult heartworms present, the age of the infection, and the level of activity of the dog.

Dogs with higher numbers of worms are generally found to have more severe heart and lung disease changes. Until the number of mature heartworms exceeds 50 in a 55-pound dog, nearly all of the heartworms reside in the lower caudal pulmonary arteries (the arteries of the lower lung lobes). Higher numbers of heartworms will result in their presence in the right chambers of the heart. In such infections, the most common early pathological changes caused by heartworms are due to inflammatory processes that occur in and around the arteries of the lower portion of the lungs in response to the presence of heartworms. Later, the heart may enlarge and become weakened due to an increased workload and congestive heart failure may occur.

A very active dog (e.g., working dog) is more likely to develop severe disease with a relatively small number of heartworms than an inactive one (e.g., a lap dog or couch potato). In an occasional dog with a large number of heartworms, the worms may not only be in the heart but also the caudal vena cava (large primary vein of the lower body) between the liver and the heart. This syndrome (Vena Cava or Liver Failure Syndrome) is characterized by sudden collapse and even death within 2 – 3 days if they are not removed surgically.

Heartworm disease may cause combinations of medical problems within the same dog including dysfunction of the lungs, heart, liver and kidneys. The disease may have an acute onset but usually begins with slow barely detectable signs resulting from a chronic infection with a combination of physiologic changes.

Dogs with a low number of adult worms in the body that are not exercised strenuously may never have overt signs of heartworm disease. The heart and lungs are the major organs affected by heartworms in dogs with varying degrees of clinical signs.

Most dogs infected with heartworm can be successfully treated. The goal of treatment is to kill all adult worms with an adulticide and all microfilariae with a microfilaricide. It is important to try to accomplish this goal with a minimum of harmful effects from drugs and a tolerable degree of complications created by the dying heartworms.

Heartworm-infected dogs showing no signs or mild signs have a high success rate with treatment. Patients with evidence of more severe heartworm disease can be successfully treated, but the possibility of complications and mortality are greater. The presence of severe heartworm disease within a patient in addition to the presence of other life-threatening diseases may prevent treatment for heartworm infection.

While treatment of canine heartworm disease is usually successful, prevention of the disease is much safer and more economical. There are a variety of options for preventing heartworm infection, including daily and monthly tablets and chewable, and monthly topicals.

All of these methods are extremely effective and when the drugs are administered properly on a timely schedule, heartworm infection can be completely prevented. Due to the temperature-dependent nature of the heartworm life cycle, the use of heartworm preventives may be considered seasonal in some of the northernmost parts of the United States. 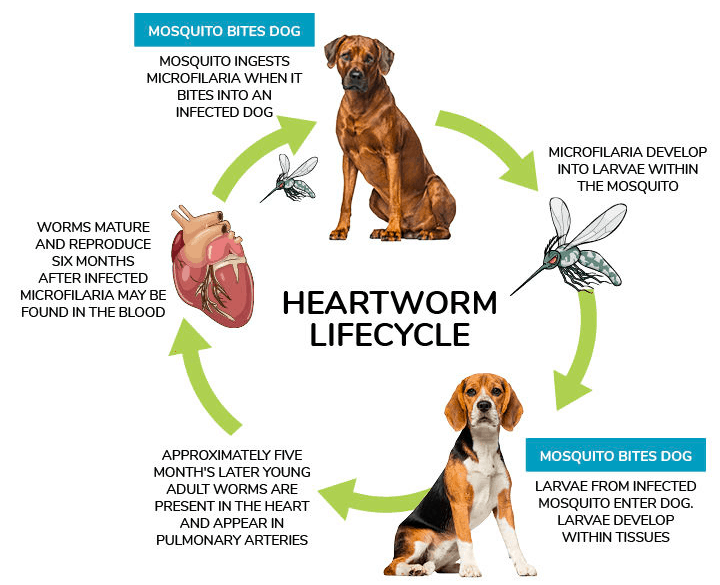 The heartworm preventive season which veterinarians will employ depends upon their knowledge of the heartworm life cycle, the transmission pattern in their region, and the individual client’s activity profile. Before starting a preventive program, all dogs that could possibly be infected with mature heartworms should be tested.

Heart Murmurs in Dogs
Next Post: The Dachshund Pitbull Mix – A Rare Designer Dog Unlike Any Other