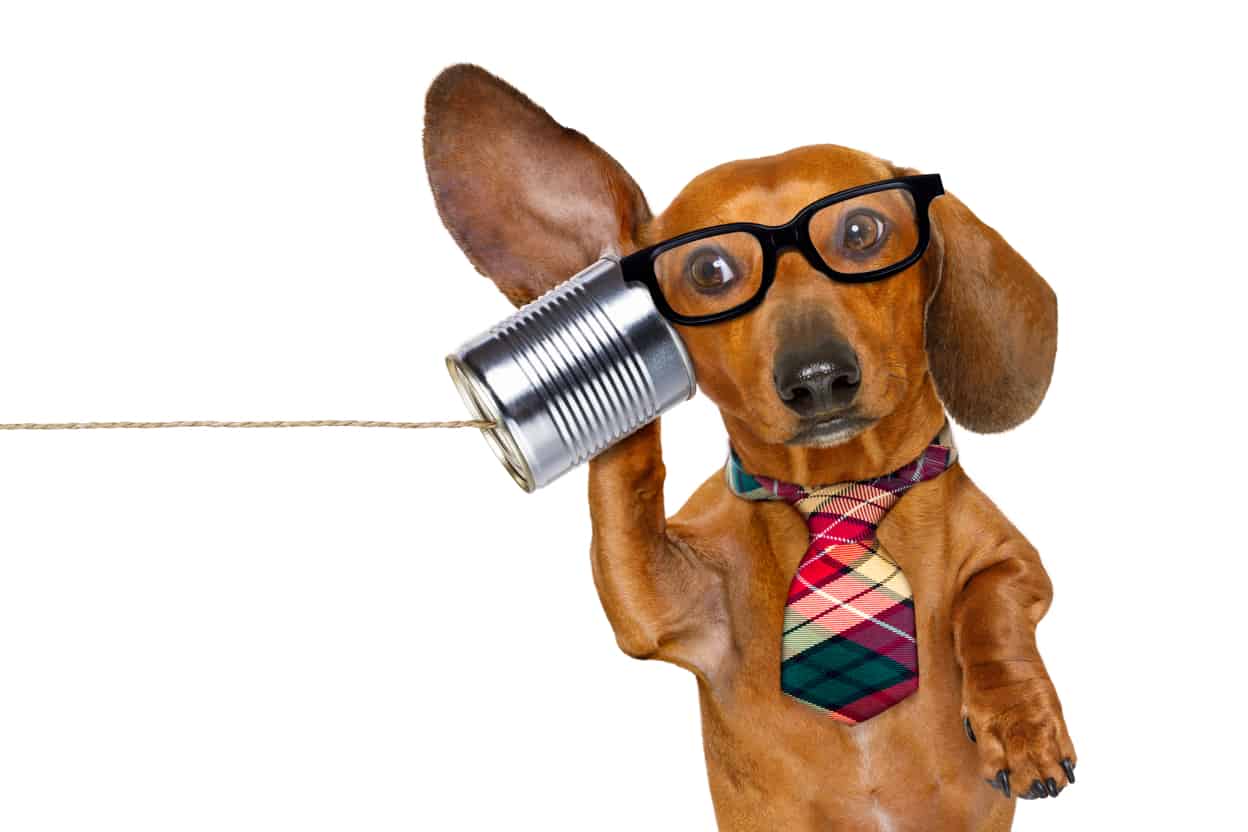 Dogs use a combination of body language and articulate language (vocal utterances) to convey their moods and needs.

Dogs obviously don’t have a language, but they do have ways of communicating with other dogs and humans. This communication is an essential ingredient in the human/dog relationship. We speak with a language and using gestures that include hand gestures, facial features, and body language. Dogs use a combination of body language and articulate language (vocal utterances) to convey their moods and needs. With a little observation, you can easily learn what your dog wants.

At some times a dog just wants to play with you. They will perk up their ears, sometimes place their front legs on the ground and raise their rear up slightly. Accept your dog’s invitation to play as often as possible.

If confronted by another dog or human and the dog throws itself on its back it is indicating submission, an immediate indication of defeat. It’s like when kids are fighting and one says “uncle!” If on the other hand, your dog rolls over on its back as you reach to touch it, it’s an indication of trust and willingness to open itself up to your warm hand.

A dog creeping along the ground with its tail tucked is displaying total subjugation— meaning, you’re in charge and I’ll do whatever you want.

Excitable peeing is when your dachshund pees (usually indoors) whenever she sees you, you call her, or when strangers come into the house. This is most often seen in females, but some males will also squat. This behavior is common in puppies as they don’t yet understand the pecking order between humans and dogs, nor what there response should be when they interact with humans. Because of their fears, they will show immediate submission by urinating.

Puppies usually grow out of this phase, however, for whatever reason, some dachshunds don’t make the transition (most likely because of the human response to the peeing), and continue this behavior into adulthood.

Excitable peeing is a good indication that your dachshund has some deep-seated submission problems that should be addressed using a combination of techniques.

After you’ve had your dachshund checked by the vet to determine if there are any hidden factors causing the excitable peeing, training is highly recommended.

Good training builds confidence in your dog. In a short period of training, your dachshund will learn exactly what is expected from her. Don’t rush the training and keep the periods very very short at first– no more than a few minutes.

Next, control the amount of water she gets. Usually at meals is sufficient. This might help, but you have to be careful withholding water not to overdo it.

You might also want to purchase some doggie diapers as a temporary stop measure. They look ridiculous, but they are a temporary solution to preventing all the mess until you can change the behavior.

A horizontal tail expresses contentment. A tail clasped between the legs could indicate fear or aloofness. Held stiffly erect is a sign of alertness and readiness to attack.

A wagging tail tells everyone that the dog is excited, alert, and aware of what’s going on around them. Tail wagging is a learned expression. If you’ve ever been around puppies you’ll notice that they don’t wag their tales until about 1 month old and by 1 1/2 months, all the puppies have started wagging. By then they’ve learned to use this appendage as a sign to others that they are content with the world they see in front of them. They learn this skill from observing their mother and how she interacts with other dogs and how she interacts with the big humans as a way of getting along with these giants.

The puppies have also learned it’s a good way of communicating between themselves. The tail wagging is a signal to its littermates that no matter what was going on five minutes ago (biting, nipping, or chewing on each other) they are ok now and pose no threat, so scoot over and make room for me— I won’t harm you.

This is part of the learning process and as the puppies get older, they refine the tail wagging as a further way of communicating, mostly between themselves and other dogs. Humans have learned that a wagging tail is a good sign, and we accept it as being appreciated by our pets and that they’re happy to see us. When in reality, they’re just telling us they’re no threat to us. However, not all dogs are good communicators. You can’t trust a wagging tail to mean “no threat” from a strange dog. In their world, a wagging tail might mean something entirely different, so you should use caution whenever approaching a new dog even if the tail is wagging.