Researchers believe Cognitive Dysfunction Syndrome (CDS) is caused by physical and chemical changes that affect brain function in older dogs. Dogs with CDS may show signs of confusion and/or various other behavioral changes that are not a normal part of aging.

A dog who may have never left the yard in her entire life may suddenly decide to wander off into the middle of rush hour traffic. 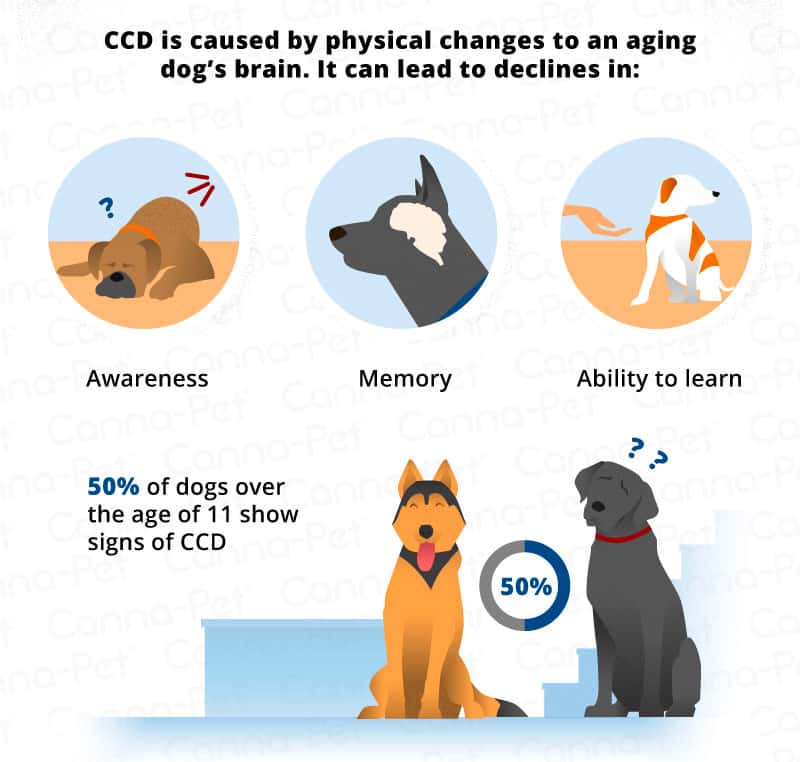 You’ll probably be the first to notice signs of CDS, since you’re the one closest to your dog. If you notice changes in your older dog’s habits or behavior, be sure to talk with your veterinarian. Above all, resist the urge to tell yourself that your dog is “just getting old.” With your help, your veterinarian can determine if the changes in your dog are associated with canine Cognitive Dysfunction Syndrome.

The FDA (Food and Drug Administration) has approved the use of a drug called Anipryl® to help slow the process and improve the symptoms of Canine Cognitive Dysfunction, and also approved it for treatment for Cushing’s Disease in dogs. This is the trade name for veterinarians for the drug, selegiline hydrochloride, which is used for Alzheimer’s treatment in humans.

Dachshund Pregnancy and Whelping – Complete Guide From Inception to Whelping
Next Post: Diarrhea In Dachshunds: Symptoms, Causes, And Treatments