Piebald dachshunds are a variety of the dachshund breed, known for their distinctive coat pattern. These unique doxies have a mostly white coat with beautiful spots and patches of darker colors. The spots are usually colors like brown, black, or tan.

This mesmerizing coat pattern is caused when two dachshunds with the recessive piebald gene are bred together. While this pattern is certainly adorable, there is some controversy about the potential health risks.

So, what do you need to know about piebald dachshunds?

Do piebald dachshunds sound perfect for you? Let’s take a closer look at the details of their care.

Piebald dachshunds were once considered rare. They were an unlikely pattern that sometimes appeared in a litter of dachshunds. Yet, over the years, they have become increasingly more common.

Now, many breeders know how to achieve this unique color pattern, so some will specifically breed them this way, despite the potential risks. Today, the American Kennel Club even has specific regulations for which coat patterns are considered piebald. Thus, these dogs are most commonly seen in the United States.

How Do You Get a Piebald Dachshund?

While it’s possible to find any dog at a rescue or shelter, piebald dachshunds are harder to come by. Due to high demand, most people turn to breeders to find these special dogs. Of course, if you choose to go to a breeder, you need to make sure you do your research first to confirm that they are a reputable business and not a puppy mill.

Are They a Purebred?

Yes, piebald dachshunds are purebred dogs. Since they bred using two purebred doxies, the puppies result in purebreds too.

Of course, not all piebald dogs are purebreds though. You can find several other breeds and mixed breeds with this gorgeous coat pattern. So, it doesn’t just stop with dachshunds, although they are the most common piebald breed. Other piebald dogs will likely have different care requirements than doxies though.

History and Origin of Piebald Dachshunds

Since piebald dachshunds are just a color variant of the dachshund breed, their history is the same as any other doxie. These little dogs came from Germany, and their name means “badger dog.”

As their name suggests, dachshunds were used for hunting purposes, specifically to chase animals like foxes and badgers into burrows. Their long bodies and short legs made it easy for them to slip in and out of small spaces. While many of the animals that dachshunds hunted were larger than them, these dogs used their intelligence to outsmart the creatures.

Piebald is a pattern that dachshund lovers soon began to favor. So, breeders began focusing on breeding specific coat types of these dogs, including piebald and dapple dachshunds. Today, these beautifully colored hounds are much easier to find than they used to be.

Like all dachshunds, piebald doxies are intelligent, playful, and curious. Their hunting instincts cause them to seek out prey and sniff excessively. Since they are so determined to follow a good scent, they can sometimes be stubborn when it comes to training.

Luckily, these pups make up for it by being extra friendly. They’re highly adaptable and get along with just about every human they meet. They can play for hours, and their little legs don’t slow them down. Dachshunds will typically form close bonds to one or two family members in particular.

Unfortunately, close bonds can lead to overprotective instincts. If your piebald dachshund is too clingy to you, they might bark or howl more in an attempt to keep you safe. It’s adorable at first, but it can get old quickly. Most of the time, this small breed is a great family dog, as long as they are trained and socialized properly.

Piebald dachshunds have the signature short legs, long body, and floppy ears of a doxie. Their coat type can vary between short-haired, long-haired, and wire-haired.

The main difference between piebald dachshunds and other dachshunds is their coloring. Piebald dogs are mostly white, but they have beautiful speckles and patches of darker colors like brown, black, and tan. In most cases, their head is a solid dark color while their body is white and speckled.

How Big Will a Piebald Dachshund Get?

How Long Do Piebald Dachshunds Live?

As a smaller breed, doxies tend to live longer than large dogs. Piebald dachshunds usually live between 12 and 16 years old. Of course, they can always live longer or shorter depending on their health conditions and how they’re cared for.

The most common reason for a shortened lifespan with any dog is a severe health condition. Unfortunately, dachshunds are prone to a lot of health concerns as is, and the piebald coloring only puts them more at risk.

Here are a few health concerns associated with piebald dachshunds:

While these dogs can live long lives, they’re not considered one of the healthiest breeds, especially when they have this coloring. If these health conditions concern you, then you might want to find a solid-colored dachshund or a different breed.

Don’t be fooled by the dachshund’s small size. These little dogs are bundles of energy. They love to run around, go for walks, and play fetch. They prefer around 45 minutes of exercise daily to keep them busy and in shape. Two daily walks are usually ideal for piebald doxies.

In addition to physical exercise, dachshunds also need mental exercise. They’re used to searching for prey and tracking it down, so they need to channel that intelligence somewhere else when living in a home setting. Popular examples of mental stimulation are puzzle toys, slow feeder bowls, and advanced training.

Yes, piebald dachshunds shed moderately, regardless of their coat type. None of them shed like crazy, but you will notice some dog hair floating around your home. Thus, you will need to brush your dachshund about once a week to remove the loose fur. Long-haired and wire-haired dachshunds should be brushed more frequently than short-haired ones.

Do Piebald Dachshunds Need to Visit the Groomer?

No, piebald dachshunds aren’t required to visit the groomer, but they can if you’d like them to. Since they shed, they don’t need their hair cut. Some families like to get the tips of their long-haired or wire-haired dachshunds’ coats trimmed, but they should never be shaved down.

Some other grooming needs that you might want a groomer to handle include baths, nail trimming, and ear cleaning. These are regular needs that all dogs have, so if you don’t feel comfortable doing them yourself, there’s no shame in turning to a professional.

Is it Easy to Train a Piebald Dachshund?

If you don’t practice early training with a piebald dachshund, they could become stubborn, loud, and possibly destructive. So, as soon as your dachshund comes home, you should start basic training with them.

Piebald dachshunds are intelligent, so training is easy as long as you’re consistent. They can be stubborn at times, but using their favorite treats can help motivate them. They need a human who’s not afraid to take charge while training.

Training also involves more than just basic commands. If you get a piebald dachshund as a puppy, you’ll need to work on potty training, barking, socialization, leash manners, and more. Attending puppy training classes can help you with some of these. 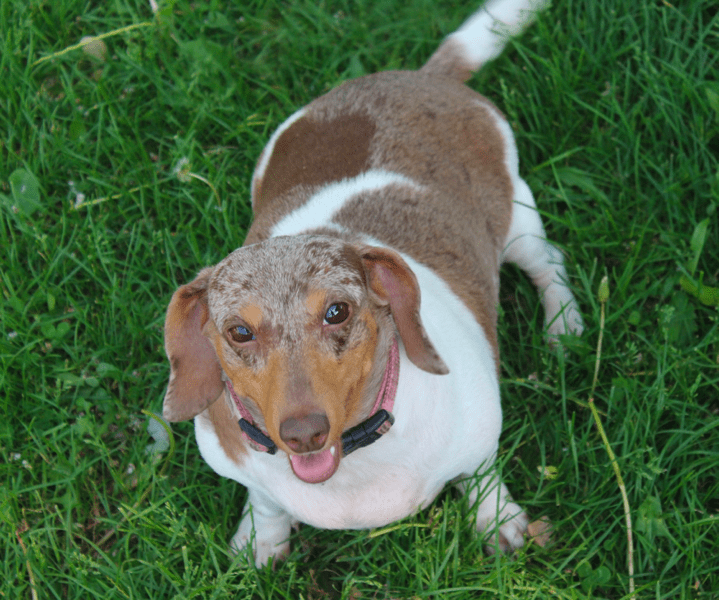 If you think a piebald dachshund is the right dog for you, then the next step is figuring out where to get one. Of course, your first choice should be at a shelter or rescue. There are lots of dogs out there looking for homes, even dachshunds. In fact, there are lots of dachshund-specific rescues to make your search even easier.

Yet, piebald is a difficult color to find at a rescue since it’s so unique. For this reason, many dog parents choose a breeder instead. There are a few breeders that specialize in only breeding piebald dachshunds, but remember, breeding two piebald dachshunds together could increase the risk of vision and hearing impairments. If that’s a concern to you, then checking out regular dachshund breeders might be better.

If you go to a breeder, just make sure you do it responsibly. Many breeders are actually puppy mills that treat their breeding dogs horribly. So, if a breeder refuses to show you where the dogs were bred and where the puppies were raised, consider that a red flag.

How Much does a Piebald Dachshund Puppy Cost?

The cost of a piebald dachshund varies based on where you get them from. On average, they usually cost between $600 and $1,500. Of course, if you happen to find one at a shelter or rescue, the initial fee will be more affordable. Plus, shelter fees usually include all medical care while breeder puppies do not.

Before you decide to get a piebald dachshund, you might have some lingering questions. Here are a few things that new dog parents commonly ask.

Can You Breed Two Piebald Dachshunds Together?

Yes, you can breed two piebald dachshunds together. This is the easiest way for breeders to get dogs with this unique coat coloring. The only concern with breeding these dogs together is that they could carry the dapple gene.

When two dogs with the dapple gene are bred together, it results in a double dapple puppy. Double dapple puppies have a higher risk of certain health conditions, such as vision and hearing impairments. So, not all Kennel Clubs approve of breeding two piebald dogs together.

Can Piebald Dachshunds Have All White Bodies?

No, it’s very unlikely that a piebald dachshund will have a completely white body. Some breeders will try to breed an “extreme piebald,” which consists of an all-white body or only pale colors, but that’s considered cruel. After all, the risk of health concerns is even higher in those instances.

If you go to a breeder, make sure they care about their dogs. No dogs should suffer just for a beautiful coat.

What is the Difference Between a Piebald and a Dapple Dachshund?

Piebald and dapple dachshunds are similar, but not the same. Unlike the piebald coloring, dapple is a pattern that doesn’t have large areas of white. White markings are still the base color, but the coat will have darker, more dense spots and patches if it’s dapple. Dapple dogs are also more likely to have blue eyes.

So, if you’d prefer a dapple dachshund over a piebald one, be extra careful when choosing where to find one. Don’t trust breeders who are willing to breed two dapple dogs together.

There’s no doubt that piebald dachshunds are beautiful, but remember that a dog’s looks aren’t everything. Before you bring a new furry friend home, get to know their personality and make sure it’s the right fit for your home. If you settle on a piebald dachshund, be sure to carefully research breeders to make sure you get them from a reputable source. After all, you’ll want your dog to be happy and healthy for life!

Basschshund: Basset Hound Dachshund Mix – Temperament, Facts, Health and Care
Next Post: What Factors Determine The Lifespan of a Dachshund? 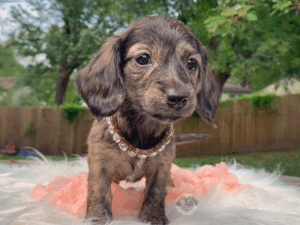 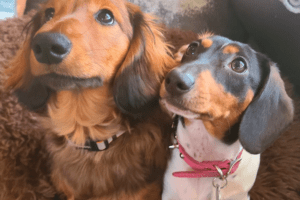 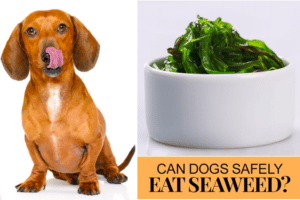 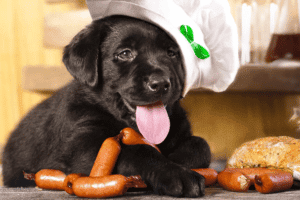 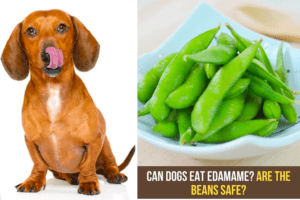