When describing typical dachshunds you have to mention some obvious features: they’re small and elongated dogs with short legs.

Breed characteristics were determined over 100 years ago. Since then many changes have been made through breeding. Today standards have been set forth by the German Dachshund Club (DTK) and the American Kennel Club.

Dachshunds by any name are still loveable.

Dachshunds are referred to by many different names: wiener dog, frankfurter, German sausage dog, or hot dog. Some people spell their name dachshunds, others spell it doxsunds, but the correct spelling is Dachshund, which I’m told is German for badger dog, except the name for this special breed in Germany is a Teckel in Northern Germany and a Dackel in Southern Germany.

Originally, all dachshunds were short-haired and smooth-coated. The wirehaired and longhaired varieties were developed through selective breeding.

Besides the different hair types commonly associated with the breed, they are also further categorized by size. In the United States, these recognized categories include Standard (over 16 pounds) and the Miniature (11 pounds or less, at less than one year of age). In Germany, dachshunds have 3 sizes: Standard, Miniature (dwarf) with a chest up to 14 inches around, and Rabbit Dachshund with chests measuring up to 12 inches around.

Besides the size categories, dachshunds are further categorized by hair type. 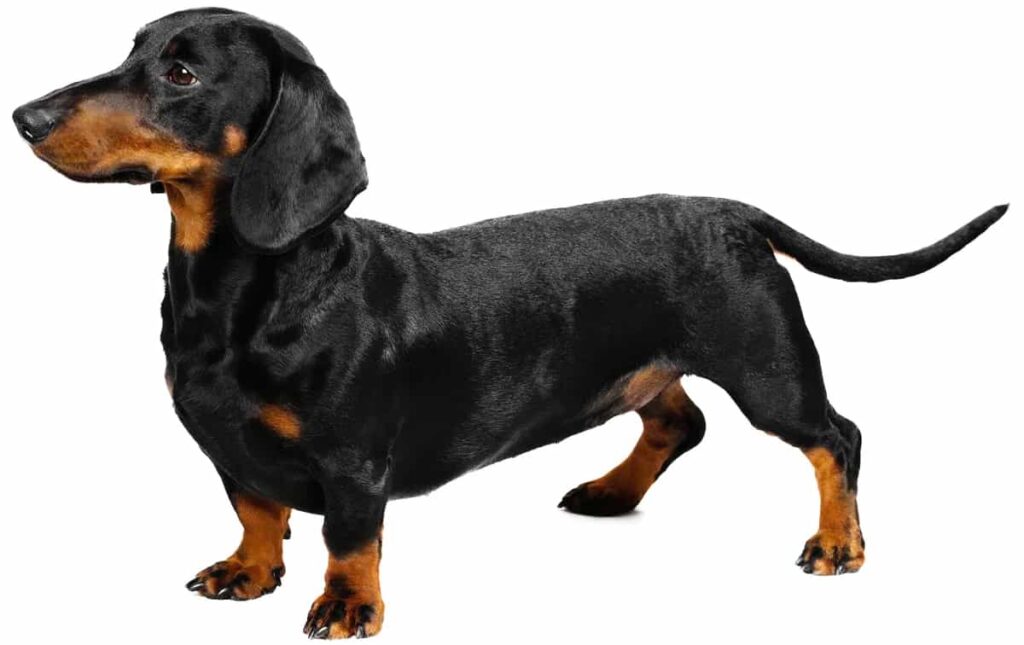 Smooth or Shorthaired dachshund’s coat should be short, thick, shiny, and smooth.

Wirehaired dachshund’s entire body is covered with a completely (except for the muzzle, eyebrows, and ears) uniform, close-fitting dense, wiry coat, interspersed with finer, shorter hairs. A beard should grow on the chin. The eyebrows are bushy. The hair on the ears is shorter than on the body and almost smooth

Longhaired dachshunds differ from the shorthaired variety in only one respect: their hair is longer.

Besides common physical characteristics, there are also some common breed characteristics that can have negative consequences if you’re not aware of them before bringing home a dachshund and if you don’t follow some sound obedience training. 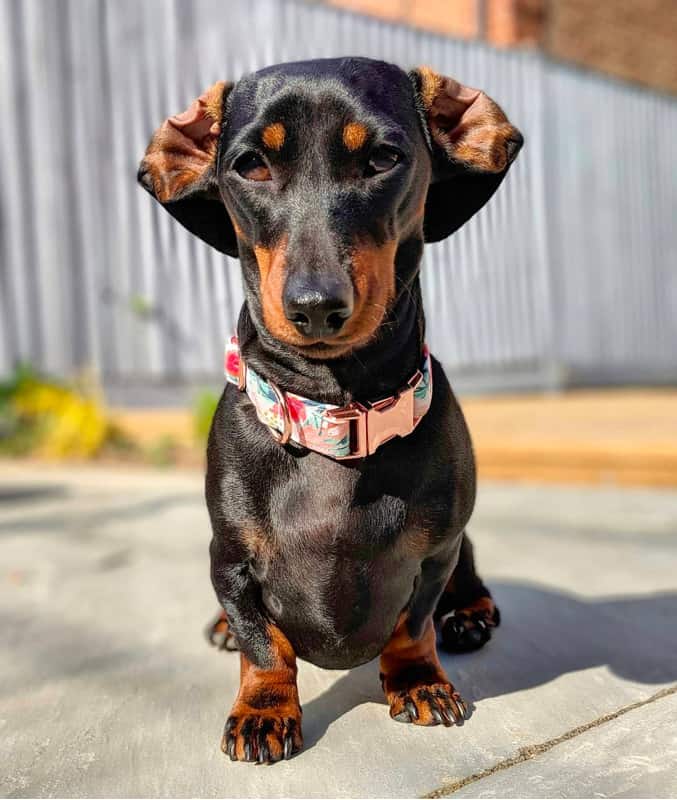 Now that you know the negative characteristics, you should know that there are energetic dachshunds and just as many placid, easy-going dachshunds. While many are hard-headed, there are just as many sweet-natured ones that will melt your heart. They come in serious versions and good-natured goofballs. Some are introverted and others have never met a stranger.

Here’s a list of other typically good characteristics commonly found in our beloved dachshund:

If you’re seriously considering a dachshund, the best advice is to look at adopting one that needs a new home. Because of the dog’s popularity, there are plenty of dachshunds available for adoption. Check our Dachshund Rescue page for recommendations on organizations in your area of the country.

Read on: Are you a dachshund person?